The Ecocene refers to an epoch where humans and their design practices identify ecological frames of reference. An emergent Ecocene depends on creative transformations in all domains and on all levels from human subjectivities to political economies. My book integrates ecological and critical positions into design theory to put forward a theoretical foundation for critical and ecologically-informed design posed to enable a future Ecocene. 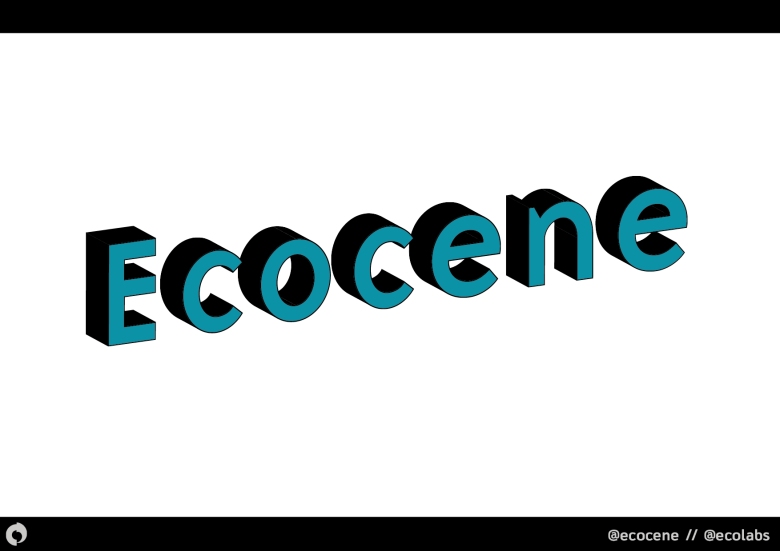 The proposed name for the geological epoch where humanity is dramatically affecting geological processes, the Anthropocene (the ‘age of humans’), has been critiqued for uncritically importing Western rationality, imperialism and anthropocentrism. Jason Moore asks: “Does the Anthropocene argument obscure more than it illuminates?” (2014, 4). Moore and other critics argue that there is a peculiar model of development driving Earth system change, that the concept of the Anthropocene depoliticises Earth System changes and that it thereby narrows options for the development of sustainable alternatives. Humans in general have other options beyond the ones we have currently constructed. For this reason, it is important to be specific about exactly what ‘anthropos’ are doing to destabilise climate systems and other planetary boundaries. The Capitalocene concept proposes that: “the logic of capital drives disruption of Earth System. Not humans in general” (Solon, 2014).

Bruno Latour describes the Capitalocene as “a swift way to ascribe this responsibility to whom and to where it belongs” (2014, 139). And yet while the Capitalocene concept focuses attention on the specific drivers of environmental harms, this concept also has its own limitations. Rachel Armstrong states “there is no advantage to us to bring the Anthropocene into the future… The mythos of the Anthropocene does not help us… we must re-imagine our world and enable the Ecocene” (2015).

Beyond critiquing the dynamics that have created ecological crises – new ecologically informed ways of living must be generated. The Ecocene has yet to be designed. Its emergence depends on new human-nature relations and the specific types of development and design we anthropos pursue. Uniting the scientific Anthropocene (proposed by geological scientists) together with the politicised Capitalocene (proposed by political ecologists) and the transformative Ecocene (proposed by design theorists) creates an integrated (science, social science and arts) foundation for a new epoch. The Ecocene will be generated with ecologically literate, critically engaged and intersectional feminist design.

Latour B (2014) Anthropology at the Time of the Anthropocene – A personal View of What Is to be Studied. 113th AAA meeting in Washington on the 5th of November 2014. Accessed online:http://www.bruno-latour.fr/sites/default/files/ 139-AAA-Washington.pdf

Moore, Jason (2015) Capitalism in the Web of Life: Ecology and the Accumulation of Capital. London: Verso.